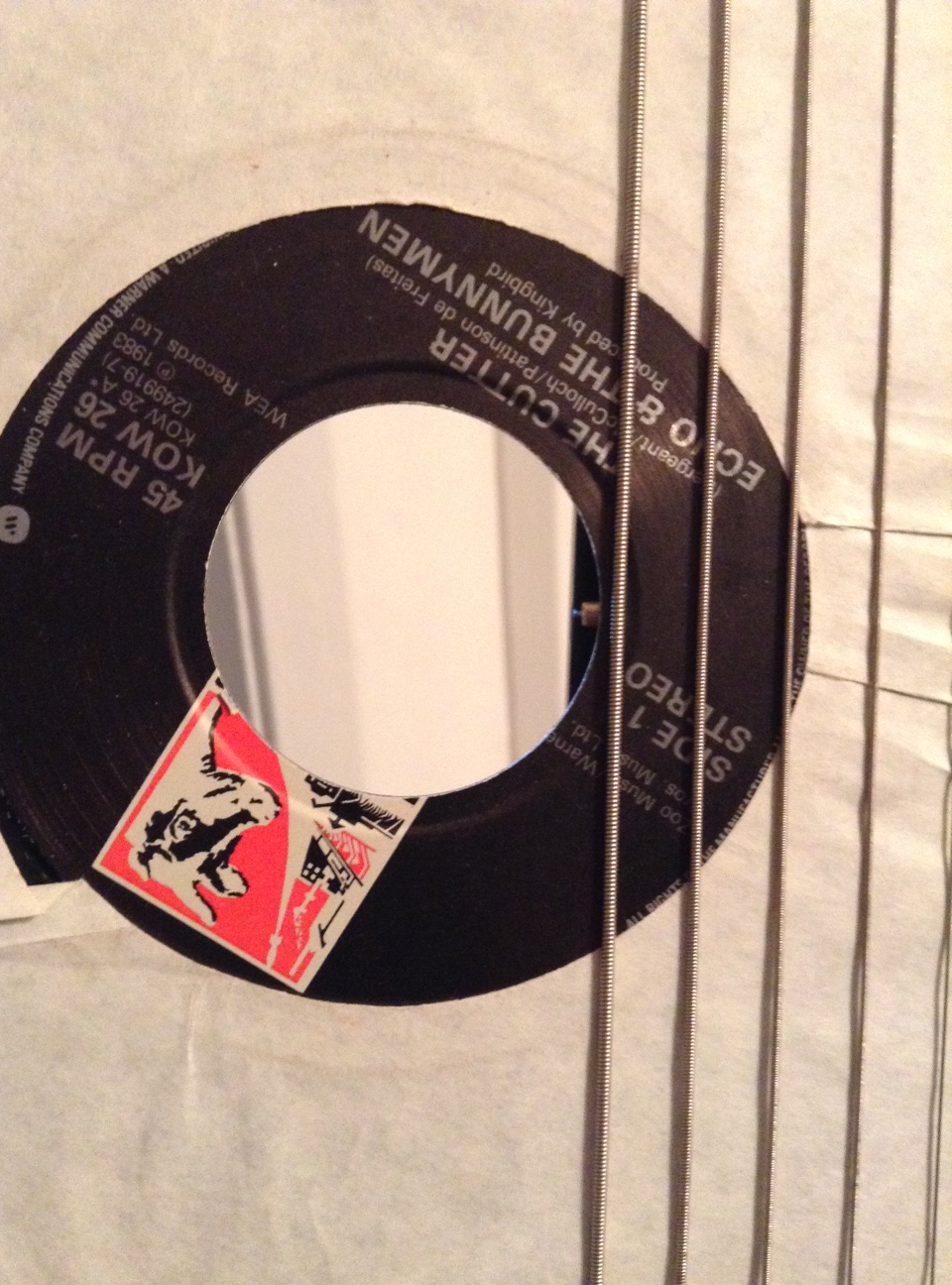 I once played Space Invaders with Ian McCullough of Echo and the Bunnymen. I know this isn’t much, but still. Me and my friends loved (and still love) the Bunnymen. Their first album– I heard it on Q107’s Rock Report, which shows you how much (radio) times have changed– was a pop flourish that married doleful Englishness with excited, propulsive playing, the late Pete de Freitas being one of the great, under-rated drummers. I saw the band on their first Toronto date, at the Edge, which is where me and Ian bleepblupblipped on the tabletop video player. They were always a good live band– de Fretias set up on the front-right of the stage– and before U2’s guitarist became a thing, there was Will Sergeant, who, I think, pioneered the whole chicka-chicka-echo texture on guitar years before. In concert, his sound was massive, and, because it was, McCullough, the singer, had to match the force of his voice to whatever else was going on. This single, ‘The Cutter’— credit Recordland in Calgary with producing the find– starts with some heavy cellos before the band kicks in and McCullough yells something indecipherable. The verses start, give way to the song’s mantra– ‘Spare us the cutter’– and then, God bless the Brits, we’re already on top of the chorus. There are a few antiquated 80s sonic hallmarks here– picks carving out bass lines, gates stamped to drums, vocals bathed in echo– but the structure of the song allows forgiveness, especially after the great melody of the chorus evolves into an even greater one in the sub-chorus that follows: ‘Am I the happy lost?’ Here, the band’s producer, Ian Broudie, pushes the faders on McCullough’s acoustic guitar– an overlooked component of the band’s sound– and, suddenly, there’s a hint of Small Faces, Radiohead or The Who: great English bands who use acoustic guitar as bedrock for their songs. In this first sub-chorus, McCullough sings deliciously low, but on the second sub-chorus, he scales higher, elevating the piece into the clouds above it. The cellos slash at the fabric of the piece– there’s some weird pedal sonics moving around, too– and, then, more acoustic guitar. The song ends as a triumph, and if you liked it on ‘Porcupine,’ you should really hear it on 45. In fact, come over. I’m listening to it again, right now.