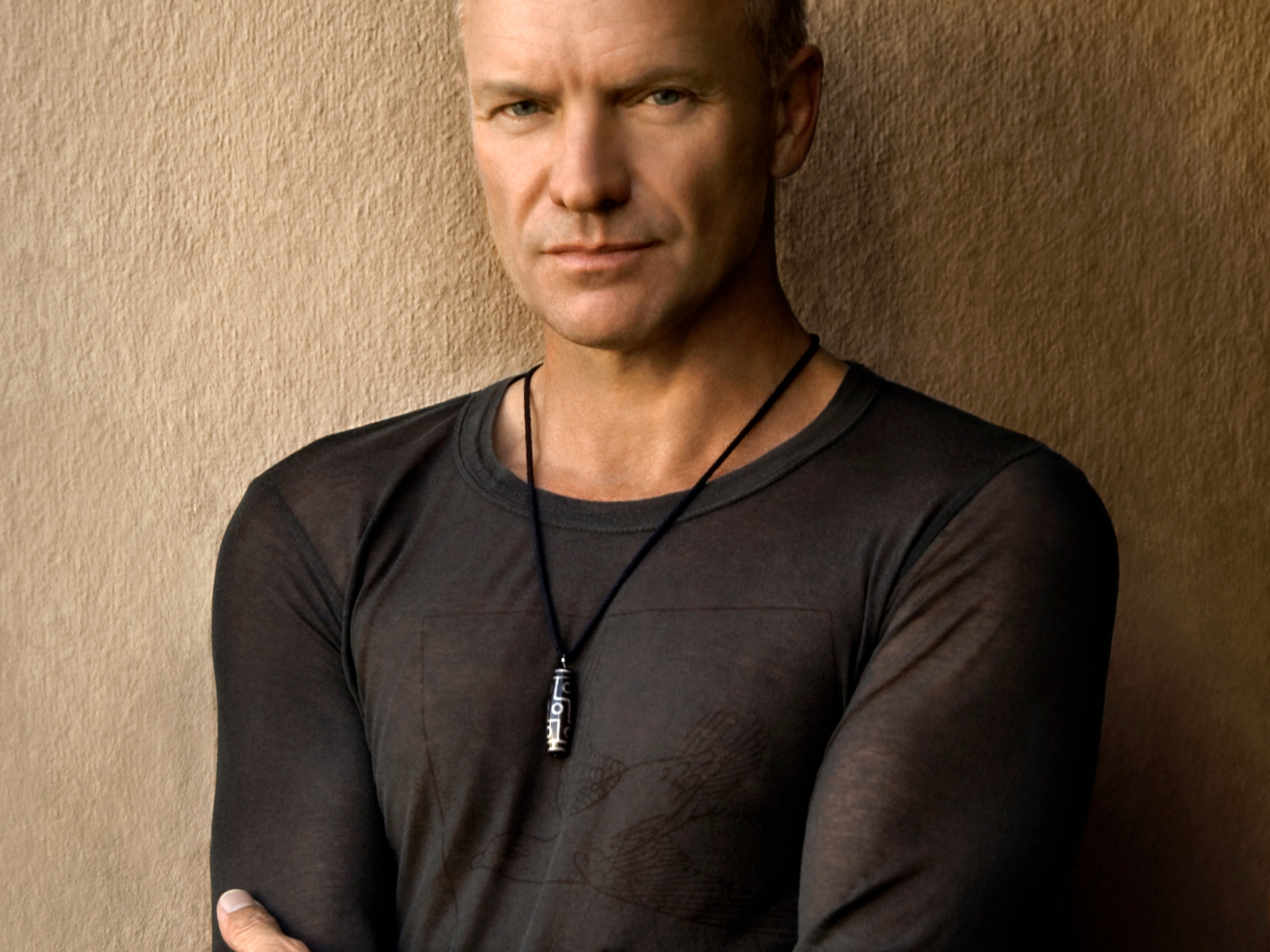 In an old issue of the Toronto Star, Tim Blanks wrote: “Sting, recently turned 58, looks remarkable — not ‘good for his age’ or ‘well-preserved’ or any of those other patronizing labels that are attached to people who defy chronology.” Later in the article, Sting is quoted as saying: “There’s a certain amount of vanity involved, and dignity. I wouldn’t feel good singing my own songs unless I looked decent, and I couldn’t really do my job if I was a fat git.” While on tour promoting his new album, Britain’s über-man consented to talk to this paper long enough to address some of our more portly readers’ concerns about their health, weight and diet. One reader — Ham Sandwich Al in Sussex — wrote to ask Sting about his training regimen. He responded: “Before revealing the secrets of my closely-groomed and muscular physique, I’d suggest that the first thing that Al should do is go down to the mall and get one of those I AM A FAT GIT T-shirts printed up. After all, it’s not until he recognizes his fat gitness that he’ll be able to come to terms with it. Also, I’d suggest that he might want to try tenting his fingers as often as possible while speaking. This will not affect him physically, but it will give people an impression of poise, intelligence and stateliness, all of those things that are absent in a fat git’s life. As for my training regimen, it’s really quite simple. Every day at around 8 a.m., I strip naked and prowl on my stomach through the woods while being kicked by members of Oingo Boingo. If there aren’t any forests (or aging New Wave musicians) in the neighbourhood, he could try doing this up and down the hallway of his apartment, but he might want to wear a sweater, which would probably help him lose a bit of weight anyway. Once I’ve completed my belly-prowl, I like to chase around a free-range chicken, and, after catching it, together we read the collected works of Italo Calvino. After this task — although reading works of Italian magic realism to one of our fellow creatures can hardly be called a task — I climb a succession of trees chanting what sound like random thoughts from minor French philosophers (Here’s a tip: When you find yourself short of inspiration, the lyrics from the first four songs on Dream of the Blue Turtle will suffice). Then, arriving at a nearby stream, I try to catch my lunch using only my hands. You end up eating a lot of snails and crayfish, but at least they’re not McSnails or McCrayfish — provided you’re anywhere other than downtown Bali, that is — and for that, your stomach and your soul will thank you. After returning home, Al, and others like Al, will probably want to eat something that isn’t a gastropod. The temptation will be great, but he must resist. If he’s like me, his rotten kids will probably taunt him by making lowing sounds while stuffing their faces with Twinkies and Ding Dongs and seven different kinds of Dorittos, but please be strong, Ham Sandwich. If this is too much to bear, you should allow yourself time in your man cave trying on leather vests or doing burpees or listening to your Great Lute Players of the 13th Century album or writing your rock opera based on the life of Patrick McGoohan or phoning the Dalai Lama or dripping hot wax on your nipples. If you find yourself aroused by this last act — and, believe me, Ham, this may happen — call Trudy on the phone and suggest that she indulge you in some spontaneous lovemaking. After she says, ‘You think I can just throw away seven hours in the middle of the day?’ and ‘Those boxes of Sting-brand Licorice-Scented Hemp Soap sitting in the garage aren’t going to sell themselves, you know,’ tell her that tantricists are nothing if not selfless and that a mere four hours of lovemaking will be fine. After she arggghhs! loudly and hangs up, try recalling that night in Soho with Deborah Harry and light another candle.” “If it is becoming increasingly harder for others to deal with your monastic vigilance — and if being called ‘Britain’s sex-crazed Medieval yuppie’ in the press cuts too close to the bone — you might want to reform your successful stadium rock band and give yourself an opportunity to be who you are. The fans will love it when you wail ‘Beeyayay-oh!!’ and even if you don’t lose any weight, you’ll feel better about yourself knowing that most men and women who chant nonsensically in public meet a far grimmer fate. Still, if it hurts being called ‘Britain’s sex-crazed Medieval yuppie’ by your drummer after he realizes that those thousands of fans are cheering for YOUR songs not HIS because without YOU this band would be NOTHING, remember that night in Soho with Deborah Harry.” “And candles, Al. Don’t forget your candles.”