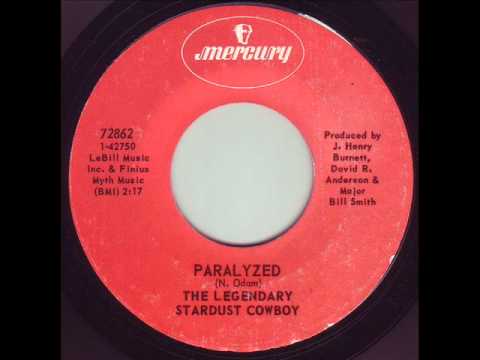 Generally, when we look back into the past, we hope to find something of meaning. Or at least value. Maybe a glimpse down that rickety, dusty staircase of the mind reveals a memory only a spit-polish away from becoming gold again. A recollection, warm and uncomplicated by the complexities of the present. If you are ambitious, the past gives a sense of who you are now, based who you have been.

Sitting down to write this my intention was to remember, even revive, some ad hoc Wordsworthian-type impressions of first spinning “Another One Bites the Dust /Don’t Try Suicide” by Queen (1981).  It is indisputably a great single, and to the best of my recollection, it was the first single I ever owned. I was a chubby, afro-ed 11 year old. I had a shitty phonograph, with one operational speaker, that I listened to on my half of the small room I shared with my little sister. I often look back at this time, and think of all the great records I got lost in, while laying splay-legged on the carpet, from the Doors to the Stones. Then Hendrix. Eventually The English Beat and Simple Minds.

But, instead of that first, great single, I found myself more drawn to the last 7″ I ever got. That song is “Paralyzed” by The Legendary Stardust Cowboy (1968). I was 25 years old the last time I played it.  It may be the worst song of all time. It’s so bad, that’s it’s funny. Hilariously, hopelessly terrible.

In fact, that “Paralyzed” even exists at all is hard to believe. It’s kind of a camp-fire song. In another world, Tex Ritter may have sung it. But done by the Legendary StarDust Cowboy, “Paralyzed” blasts forth as a bizarre mix of gutteral yells from an intergalactic madman over weird, b-movie nightmares. Accoustic guitars, tamborines and foot stomps all knife-fight each other for attention. It sounds like the engineer must have been hiding behind the soundboard while the tape was rolling. Imagine a grade 4 music class right before the teacher taps the music stand and pleads for quiet.

And, it features the worst trumpet solo of all time. The worst. Like a fat kid in a boy scout uniform playing “Reveille”.

As for The Legendary Stardust Cowboy, he was born Norm Odam in Lubbock, Texas. Like many musicians in the heady days of the late 60’s, he kicked around trying to catch a break into show biz.  Late one night in a Santa Fe studio, Norm threw together a quick tune, and without a shred of irony or camp, Paralyzed was born. Some call it an early version of “psychobilly’, a hybrid of punk’s thrusting manic energy and country music. I call it a piece of shit. Whatever it is, it wasn’t a joke.

Somehow, it got a major label release on Mercury records and the Cowboy even performed on Rowan and Martin’s Laugh-in as the musical guest, decked out in yellow chaps, a fringed jacket and 10 gallon hat.

My dad gave it to me one day from out of his stacks of old vinyl. My father is a man of great taste and a wicked, warped sense of humour. After all, he did buy it in the first place. He added the casual quip, “You and your maniac friends will love this”.

Which we did. My roommate and I played it all the time. ( for trivia purposes, that roommate is Jeff Marek, hockey broadcaster and history guru ). We spun it at parties, for friends, for strangers. It was so bad, you had to laugh when hearing it, even for the 100th time. It was like knowing the perfect punchline. This shambling hootneanny never failed to take a party up a notch. And perhaps the song’s saving grace is that, despite the noise, you can tell the man behind it is really trying his guts out. The worse it gets, the more endearing this mad man becomes. You almost want to protect him by the song’s end from everyone who’s laughing.

It was all part of an unforgettable time of life, heartbreaking and joyous all at the same time. I was 24, just out of university and trying to make something of myself in the world. The nights were long and full. That wondrous magic and insecurity of being 11 was reawakened, but this time, you didn’t have to forge your parent’s signature to get out of school. You could and did do whatever you wanted. And the dreams were so big. I was a 60 watt bulb in a 40 Watt lamp and everything mattered. Even the things that didn’t matter, like a dumb song that happened to be really, really bad, well, that mattered in its own way too.

“Paralyzed’ became a wild anthem of trying, failing, not caring, caring too much and ultimately cutting a disc and putting it on wax.

However, funny as it is, re-listening to Paralyzed made me kind of sad because of something else my dad gave to me, right around the same time.

One day, he passed along a copy of a book – 3 Plays by August Strindberg. It was his copy, from when he studied English Lit as an undergrad at U of Toronto. It came with this fatherly advice. “Read this now” he said. “One day, you won’t want to”.

It seemed like a wasted and even ridiculous thought. Odd coming from a man with a Ted Williams-like batting average for dispensing life’s wisdom. Not want to read a great book? Sure. Right. Greatness is always there, waiting to be engaged. It was the very reason he’d studied the book in the first place. Probably why he kept it for 25 years.

These days, it’s not just that I don’t have time to read Strindberg or, for that matter, listen to Queen or the Legendary Stardust Cowboy.

The sadder thought is I that i don’t want to read Strindberg, or, for that matter, listen to the legendary stardust cowboy. we always assume that our youth is wrested away from us by life, by responsibility, family and all that. We fight it and we lose, a sad defeat for our better, ideal selves. And so it is, to a degree.

But the tougher pill to swallow is that we also give our youth back. Voluntarily. The passion of the perfect love of the 11 year old, just discovering music and, by extension, just discovering themselves. Or the 24 year old first tasting freedom, well, they just doesn’t fit anymore. It’s perhaps better remembered through the safety-glass of memory.

And it’s not that these faded snapshots don’t give us joy. They do. And it’s not like the passage of time makes us all sell-outs and frauds. That’s dramatic. It’s just that once your life becomes about new things that matter, these new realites fight for space in your life. And they usually win. They probably should. Storage space is always an issue in these old homes with small rooms.

For me, The Legendary Stardust Cowboy- ‘Paralyzed’ is now a relic from a memory of a time when everything mattered, and nothing mattered. It was an 18 month jag that was exciting in a way that’s impossible to reproduce, or to forget. And these moments are fleeting as they happen, and everlasting in how they shape us.

I guess that’s why i still like the tune. Or at the very least still want to remember it. I’ll never be that person again. That’s ok. I fought hard to have my life to stand for something, and have some value. That’s why I stayed up all night in the first place. To get here. Or, at least, to get somewhere.

And the part that’s kind of sad, this realization that we come to memories hoping to get a sense of who we are. That glimpse of an unburnished truth. But we also learn who we are not. At least, not anymore.

And, by the way, if you haven’t ever heard this track, I can still say this….give it a listen. It’s funny. In fact, it’s gold. Knowing that it’s still getting passed around, like a joint at a party that gives you the giggles, well…. fuck it.  It may not matter, but it’s never a bad time for a good laugh.

I’ve known broadcaster and trumpet player Bob Mackowycz since the late 80s/early 90s playing music in Toronto: small clubs giving way to bigger clubs giving way to theatres and halls we’d only dreamed of playing. Bob’s dad– Bobby Mac, Sr., mentioned above– was a huge influence on my sensibility as a music fan, and Bob Jnr., as a sports and radio figure, is a kindred spirit: someone who looks for sport as metaphor before he looks at wins/losses and the occasional tie. His current radio show on TSN 1050– Macko and Cauz, 9 am to noon– is not to be missed.