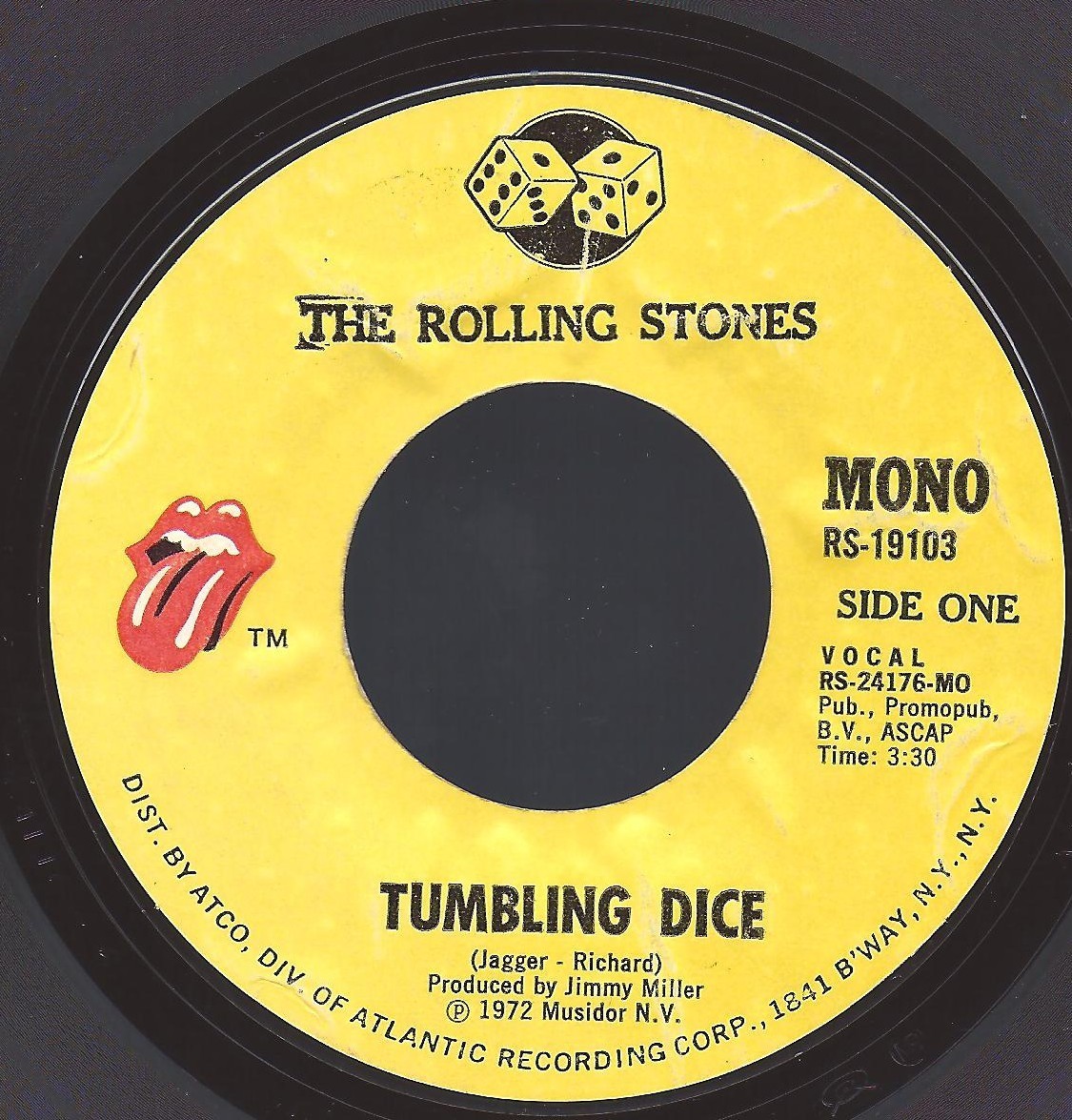 Rock and roll has always been part of the Trudeaus legacy: Maggie vs the Stones, Pierre vs the Stones, and Pierre vs Crowbar, the boogie band featuring the bearded totemic singer, Kelly Jay. Here, in “Writing Gordon Lightfoot, Gordon Klager and Roly Greenway, recount a few of the band’s encounters with the former Prime Minister:

Klager remembered going to see Crowbar play in 1971 in Stewart Park in Perth. “All of the politicians were around—guys in suits in their sixties and seventies standing next to their wives—and there was their leader in the middle—Pierre—wearing a cool buckskin jacket with his wife, Maggie, looking beautiful in a long gyspy dress. Maggie and Pierre were hanging out near the river listening to the band when a couple of freaks in a canoe rowed past them holding a big sign that said LEGALIZE MARIJUANA. Sometimes, people don’t believe these stories, but they’re true. I was there. I saw it happen.”

Once, Roly Greenway of Crowbar was on stage at the Royal York Hotel with the Prime Minister—“I think we were getting a gold record for ‘Oh, What a Feeling!’”—and he remembered telling a story to the crowd about the time the band played the PM’s rally at Maple Leaf Gardens. Afterwards, Trudeau turned to him and said: “I don’t know how you remembered that. You guys are always so fucking stoned.” This frankness was part of Trudeau’s appeal, said Roly. “He had a mouth on him. But he spoke like you and me. He was one of the guys,” he added. “He got into our music because of Margaret, who used to come to see us play in Vancouver. We didn’t gig there a lot, but when we did, she’d be front and centre. She’d come in with a bunch of big burly guys, and she’d tell them, ‘Lay off the band; they’re okay.’ We got to know each other pretty well. After we became popular, she brought Trudeau out, and we got to know him, too. Once, we were playing in Perth on a raft in the middle of the river. After our set, Sonny (Bernardi) and Kelly (Jay) jumped into the water and swam over to the other shore, where Pierre and Maggie were standing. We’d been given a letter to pass on to him by the mayor of Hamilton, but, earlier in the day, we’d steamed it open, rolled two joints, and put them inside. He used to pass everything on to his staff, but when I gave him the envelope, I said, ‘You might wanna keep what’s inside for yourself.’ He opened it up, took out the letter, and gave it to his staff. The envelope, he put in his pocket. Afterwards, we tried fitting a crowbar over his head—a kind of rock and roll coronation, I guess—but it wouldn’t go. So Maggie came over and she slid it on. She knew how to do it, just so. Later on, the press wanted to know which of us had hooked up with Maggie, and when they asked, we all pointed at each other. She was my friend. She was just a nice, happy-go-lucky girl. It’s too bad that it didn’t work out. I liked both of them a lot. It’s not often that you can describe the leader of your country in one word, but with Maggie and Trudeau, it would be fun.”

In the 1970s, the Trudeaus’ orbit once again collided with rock and roll’s. The occasion was the result of a live album that the Rolling Stones recorded at the ElMocambo. They kept the event secret until right before it happened: the biggest rock and roll band on the planet playing a small club filled with fans who deserved to be there. Mick Jagger and his manager, Peter Rudge hatched the plan while lunching at the Windsor Arms on Bloor street. Broadcaster Duff Roman was part of the brainstorming of the event.

“I saw Mick and Peter Rudge walk in to the hotel bar,” remembers Roman, former manager of David Clayton Thomas and Mandala and visionary behind CHUM FM, Canada’s first AOR (album-oriented rock) station (Roman also has the distinction of producing the first ever sessions by Levon and the Hawks, who soon became The Band). “I tried to play it cool, and wrote a message on my CHUM FM business card that said, ‘I’m here if you need anything.’ I called the waiter over and had him take it to Mick and Peter’s table. Rudge looked at it first and then Mick wanted to see. After awhile, they looked over and I nodded, smiled and pointed. Then they left. It was months before I heard from them again.”

Rudge called CHUM FM and told Roman what he was thinking: a secret, two night engagement at the ElMocambo filled with diehard fans who would have to be directed there via ruse so that the club not become over-run by thousands. “He asked me, ‘Do you think you can pull it off?’ remembers Roman. “I told him that we could and then started thinking about how we could actually do it without anyone knowing.” The Stones hadn’t performed in six months– the notorious, ragged, bloated spectacle of their ’75 tour (as well as some shows in ’76) had been finally been ashed– and the pop music world debated the band’s next move. Altamont, “Cocksucker Blues,” and riots in Vancouver had rolled under them, and Keith Richards, the band’s main guitarist, had been dogged by rumours of ODs and near-fatal drug abuse.

Dave Bluestein (“Blue”) was the ElMo’s booker. He staged a plan to book April Wine for March 4th and 5th, 1977 as a smokescreen. “We had natural cover,” he says, “because if anything got out, we could say, ‘No, look, April Wine is playing. That’s the gig. It says so right here,’ he remembers, pointing to an imaginary calendar. “Another band was added to the April Wine shows called ‘The Cockroaches,’ which was The Stones’ alias. On the day of the first show, the band rehearsed upstairs and soundchecked for the live recording; setting up the mics, testing the tape unit, all of that.” People who passed by on Spadina thought they were hearing a Stones cover band rehearsing their repertoire. It was  preposterous to think it would be the actual band, in Toronto, playing in the middle of the day.

“The plan that we constructed,” says Roman, “was to have a contest: ‘What would you do to see the Rolling Stones play live?’ This way we could select the 300 top entries and guarantee that real fans would be there for the event. The prize would be a chance to see April Wine at the ElMocambo. People wrote in and we cherry-picked the best ones. As you might expect, there were lots of nude Polaroids. When the band came in to judge the winners, they slipped the photos into their pockets and took them home.”

After the winners were selected, CHUM FM hired a dozen TTC buses and instructed fans to meet at the radio station on Yonge Street, where they’d be shipped to the show. “I got on the mic on one of the buses and said ‘I have some bad news. There’s a change to the show tonight.’ People were disappointed and started to boo. I continued: ‘Along with April Wine, you’ll also be seeing a band called the Rolling… yes, the Rolling… the Rolling Stones!’ For a moment, people sat in utter bewilderment. Then there was a lot of cheering and shouting when they realized where they’d be going.”

The Stones had been in town for most of the week staying at the Harbour Castle Hilton, a residency not without its own drama or complications. In his superb new e-book, “Before They Make Me Run,” music writer Jason Schneider tells how Keith Richards was busted for 26 grams of heroin in his hotel room. Schneider says: “In his statement, Keith disclosed he had been a heavy heroin user for four years and that he purchased the large quantity to maintain his habit for the five to six weeks he expected to be in Toronto. He also stated he’d tried to kick his habit several times, but could never complete treatment programs due to the Stones’ touring commitments. He concluded by claiming (girlfriend Anita) Pallenberg had no knowledge of his heroin stash, saying: ‘This is supposed to be daddy’s little secret.’

Duff Roman remembers how “at about 7:30 pm, all of the buses rolled down Avenue street, came across College and, somehow, navigated behind the ElMo, in the alleyway, so no one would notice, and we could just spirit the fans in through the back door without creating a commotion or scene of any kind” (the hulking Fedco mobile recording truck– operated by producer Eddie Kramer– was also parked there and that it was unreported is another organizational dint of luck). “It was remarkable that it was all kept underwraps. No one knew about the show until after it ended, and fans started calling their friends.”

Blue had been told to keep the whole first floor of the club as the band’s dressing room. “When people say ‘Margaret Trudeau was in the dressing room’– which she was– you get the wrong impression, because there were a hundred other people there, too. It was a zoo,” he says. Perhaps Blue understates the impact Trudeau’s appearance had on international tabloids: the estranged Canadian prime minister’s wife partying with the most notorious– for their time– rock bands. When Pierre Trudeau was told about Maggie’s adventures, and how she’d emerged from the limo prior to the show alongside Mick Jagger, the PM sighed, “I hope that she doesn’t (also) start to see the Beatles.”

Roman and Blue remember that the shows were great, the band tight, and the crowded excited, if respectful in the most Canadian way possible. But the legacy of the evening, and the next night, was how the city’s taste makers, radio promo types, deejays, groupies, drug dealers, writers and fans who went to the show resisted telling others until the event had played itself out, a nearly unfathomable notion against our modern social media times, where first-mention and being on the inside is everything. “There’s no way we could have pulled this off now,” says Roman. “But back then, there was almost a shared sense of being together, witnessing what people were witnessing– a concert by a stadium band to 300 people in a club– without having to share it, or tell others. History was happening, but that it was happening was enough. It didn’t have to be all immediately announced. It could just be lived and experienced, and, look, it’s an unbelievable thing that happened. In our city. In our time.”